Washing Your Hands of a Situation Can Be a Good Thing 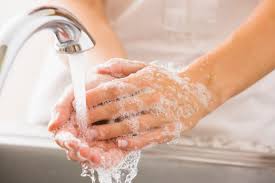 Washing Your Hands of a Situation Can Be a Good Thing

One of the best ways to protect your hands—and the rest of you—is good, old-fashioned soap.

Ok, apologies in advance if this topic grosses you out, but there’s a study out that says more than half of the people who use their companies’ restrooms don’t wash their hands before leaving. That’s just wrong in so many ways, but what really gets me to wondering is: Why? It’s not like it costs the employee anything to use the water or the soap or the towels (whether paper, cloth or air-blowers). Plus, while we’re all understandably squeamish about those nasty germs being spread on doorknobs, desks and other things the employee might end up touching, the majority of those germs are staying right there with him or her. So again I wonder: Why?

I’m currently fighting a cold—living in Ohio, it’s a mere matter of time before the elements caught up to me—despite all my best efforts to wash my hands early and often and to avoid touching anything that looks in the least bit nasty. So I’m especially annoyed when people leave a restroom without even pretending to clean up after themselves. I mean, C’mon! That’s just nasty! 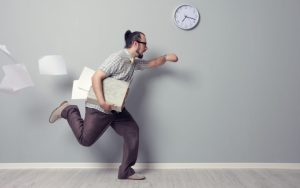 In a rush? Anyways, the study, which was conducted by Bradley Corp. (a company that manufactures commercial washroom, emergency safety, and industrial solutions), speculates that maybe the employees are in a rush to get on with something else, but that seems like a pretty lousy reason. They’re putting themselves and their fellow workers at danger for the sake of saving, what, an extra 30 seconds to wash and dry their hands? Nobody is that busy.

Is it a pride thing, one of those “I’m too cool to bother with washing my hands” attitudes? Is it a matter of upbringing, a lapse in common sense that can be laid at the feet of absent parents who never explained to their kids how and why to wash their hands? Is it just plain rudeness, or even worse, a deliberate act meant to spread nasty substances throughout the world? The survey doesn’t really say.

But for those of you who want to know what constitutes a good, thorough hand-washing experience, Bradley Corp. recommends using soap, running water and vigorous scrubbing for at least 20 seconds.